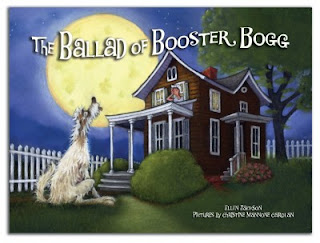 I am ever so grateful to have a critique group and larger community around me that understands how to write and illustrate picture books.  Pens and Brushes  There is a great deal of diverse talent out there.  These individuals understand that a picture book is highly appreciated art form, not just a passing type of children's literature that will gather dust in our attics.   They understand the need for a child or multiple children, and a reader to create in their minds and interaction, the magic of a picture book. No technology can replace that piece.  Today, I am happy to introduce picture book author, Ellen Jackson. 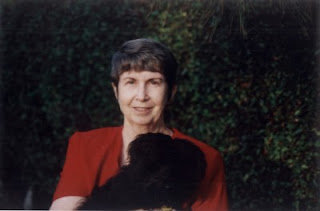 As a child, I loved to write.  But my parents discouraged me. They wanted me 1) to get married, and 2) to train for something that had an actual salary–so I became a teacher.  I read at least one picture book to my class every day, and I came to love the genre.
Eventually I moved to Santa Barbara to take care of my mother who had cancer.  Santa Barbara is a tourist town, and there were no jobs–especially for teachers. I decided I’d just make my living as a writer. My mother was getting chemo, and I spent many days in hospital waiting rooms or in doctor’s offices.  So to get through the ordeal, I concocted picture book plots in my head.
My first manuscript was about a snail.  I worked and worked on the manuscript and probably rewrote it fifty times, but it never sold.
One morning, I got another idea.  I wrote it up and quickly sent my first draft off to five different publishers.  (You can see by the story so far that I did everything they tell writers not to do.)  I also submitted story no. 2 to a writing class, where the teacher tore it apart in front of everyone.  I lost interest after that, but one of the publishers actually bought it.
Then the publisher did something that publishers never do.  He asked me for the name of some illustrators.
After all these experiences, I realized that there are no rules.  Do whatever works.  And always keep a file of illustrators.
By the way, manuscript no. 2, THE GRUMPUS UNDER THE RUG, was still in print until a couple of months ago and has done very well.

So when you are writing a picture book manuscript, what area of the story do you get the most satisfaction in developing and exploring?

I’m not sure I know how to separate all those different elements from each other.  Stories come to me in all different ways.   Sometimes I wake up in the morning with a fully developed story in my head.  (Actually that’s rare.)  Sometimes an image comes.  Sometimes I read a picture book and a little voice says, “Hmmm.  If I were writing this, it wouldn’t be about dinosaurs, it would be about monsters.  And they’d be quarrelsome, not friendly.  Etc.”  Then suddenly, I have an entirely different story begging to be told.
But I suppose the part of the process I enjoy the most is coming up with the humor.  I like to think of truly outlandish situations and characters.  If the story isn’t humorous, than I like finding evocative language.

Since you enjoy humor, then what area of the story do you find the most frustrating or difficult to develop and why?

This one is easy–the ending.  I’m not particularly good at coming up with a twist (and setting it up).

Ellen, if you could choose one picture book author, author/illustrator, or illustrator to spend a day with, who would that be and what would you want to receive from your time with them?

Omigosh!  Just one?  The first names that come to mind are the illustrators I’ve already worked with.  I’ve met very few of the artists who have illustrated my books.
Jan Davey Ellis and I worked together on about six or seven books.  She’s so talented and we got to be phone friends.  I’d love to meet her.
Doris Ettlinger is another.  She gives fabulous presentations and helped make ABE LINCOLN LOVED ANIMALS the success that it is.  Plus, I just like her.
Kevin O’Malley has a wicked sense of humor.  I have met him, and he’s terrifically entertaining and a joy to be around.  So if I wanted to have fun, I’d spend a day with Kevin.
Right at the top of the list would be the Dillons, Leo and Diane who illustrated EARTH MOTHER, because they’re world-class talents.  I have such admiration for both of them.

I know you don't like to do favorites but was your favorite picture book as a child or your favorite one to read aloud as an adult and why did/do you never tire of the book?

I’m not much for choosing favorites because it elevates one above the others.  (I don’t have a “best friend” for the same reason.  All my friends are special.)
But I admit that I have a special place in my heart for THANK YOU, MR. FALKER by Patricia Polacco.  In the book, Ms. Polacco tells about her struggle with dyslexia and how she had to hide the fact that she couldn’t read.  For some reason, I find that book particularly touching.

I would like to thank Ellen for sharing her perspective on my blog this week.


One of her picture books, SCATTERBRAIN SAM, received many accolades, including a starred review from Kirkus.  The review said, in part: “Belly laughs and bravos will punctuate every reading of this fresh, funny recasting.”  This book was also a Parents’ Choice Fall 2001 Gold Award Winner and received a storytelling award from Storytelling World Magazine (out of 3000 entries).

Her picture book CINDER EDNA has now sold more than 100,000 hardcover copies and was featured in GREAT BOOKS FOR GIRLS and LET’S HEAR IT FOR THE GIRLS.  It was also nominated for a Young Reader’s award in Nevada, South Carolina, Pennsylvania, and Colorado, and has received other awards as well.

Her nonfiction picture book, TURN OF THE CENTURY, received a starred review in Kirkus, a pointed review in Booklist, was named a Booklist Editor’s Choice and was short-listed for the Texas Bluebonnet, Charlotte, and Children’s Crown awards.

I'm one of the fortunate to be in your & Ellen Jackson's Pens & Brushes group. Ellen is a gem and her books are jewels. Thank you for hosting her.

Thank you, Diane, for hosting this interview, and thank you, Ellen, for sharing. I have such respect for you as an author, Ellen, and appreciate the many ways you help other writers in this challenging field of writing and publishing for children.

Omigosh, Kevin! Thanks for stopping by. Funny? Are you kidding? (If your wife is funnier, how do you get the dishes done?)

Ev and Mirka--I'm the one who's lucky to know you two! Everyone should read Mirka Breen's touching and blog posts. Go here:

As for Ev, it's hard to know where to begin--very generous to other writers, among other things. Go here:

And Diane--what a gem! If you're reading this blog, you already can see she's pretty special.

Sorry if this embarrasses you all. But I'm feeling particularly grateful for all my writer friends tonight.